Robert Cass, a former inmate at La Mesa Penitentiary in Tijuana, Mexico, gave his testimony at the Fiesta Fundraiser on September 23rd, 2022. He spoke about how Mother Antonia had transformed his life over thirty years ago.

A “rough and tough” surfer and drug dealer who spent his early twenties smuggling drugs across the border, Robert found himself locked away in La Mesa Penitentiary.

Robert questioned all the decisions that led him to prison, and he came to the conclusion that his life was meaningless and he was worthless. He spent years trying to avoid the love Mother Antonia would show him, the other prisoners, and the guards.

He asked himself: how could this small woman hold so much compassion in her heart? He finally faced his childhood traumas of his mother dying when he was young and the constant abuse he endured from his father. Mother Antonia asked Robert to look at that young boy that was still within, and to choose love over hatred moving forward. Once he came to terms with the fact that he was not to blame for the struggles of his childhood, he could accept the responsibility of his actions when he was an adult.

Instead of dealing drugs in the prison, Robert became Mother Antonia’s personal helper, and tried his best to show empathy and compassion to others in the prison. He turned his entire life around, was ultimately released from prison, and is now serving as one of the most outspoken supporters of the Servants of the Eleventh Hour.

Robert’s testimony at the Fall Fiesta brought many to tears. His story is one of hundreds, or even thousands, that represents how Mother Antonia and the Servants of the Eleventh Hour work to change not just the conditions of the prison- providing blankets, hygiene and toiletry items, and medication- but the conditions of the heart- helping inmates and guards to take responsibility for their actions by seeking forgiveness, acceptance, and love.

Mother Antonia was the mother Robert never had growing up, and he dedicates the transformation of his life to her.

If you are interested in learning more about Robert Cass’s transformational story, and many more stories about how Mother Antonia’s Christ-centered love inspired people to turn their lives around, consider reading or listening to ‘The Prison Angel,’ by Kevin Sullivan and Mary Jordan.

Servants of the Eleventh hour surround Robert, Robert’s wife, Annie, and their son, Riley with love. 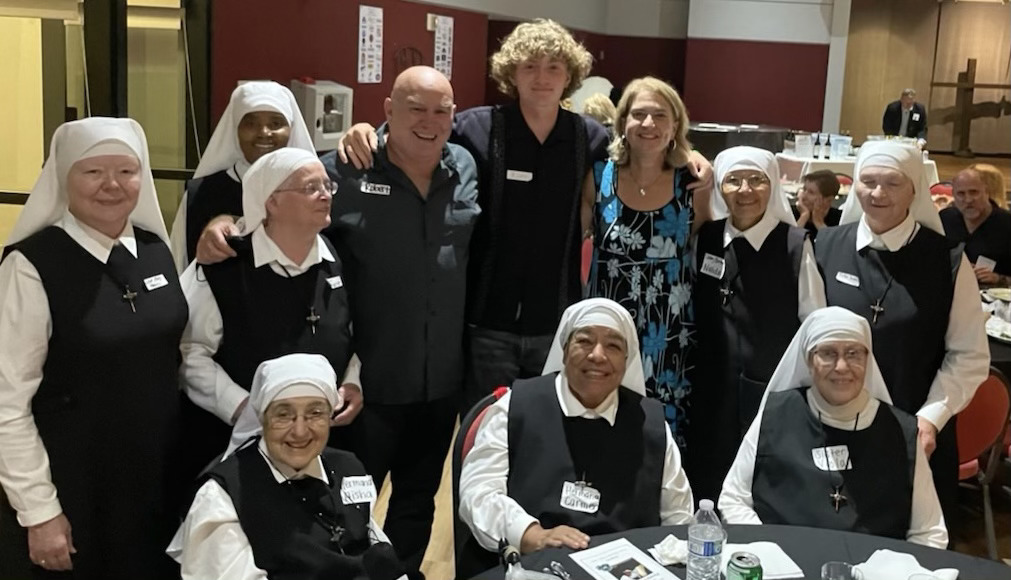